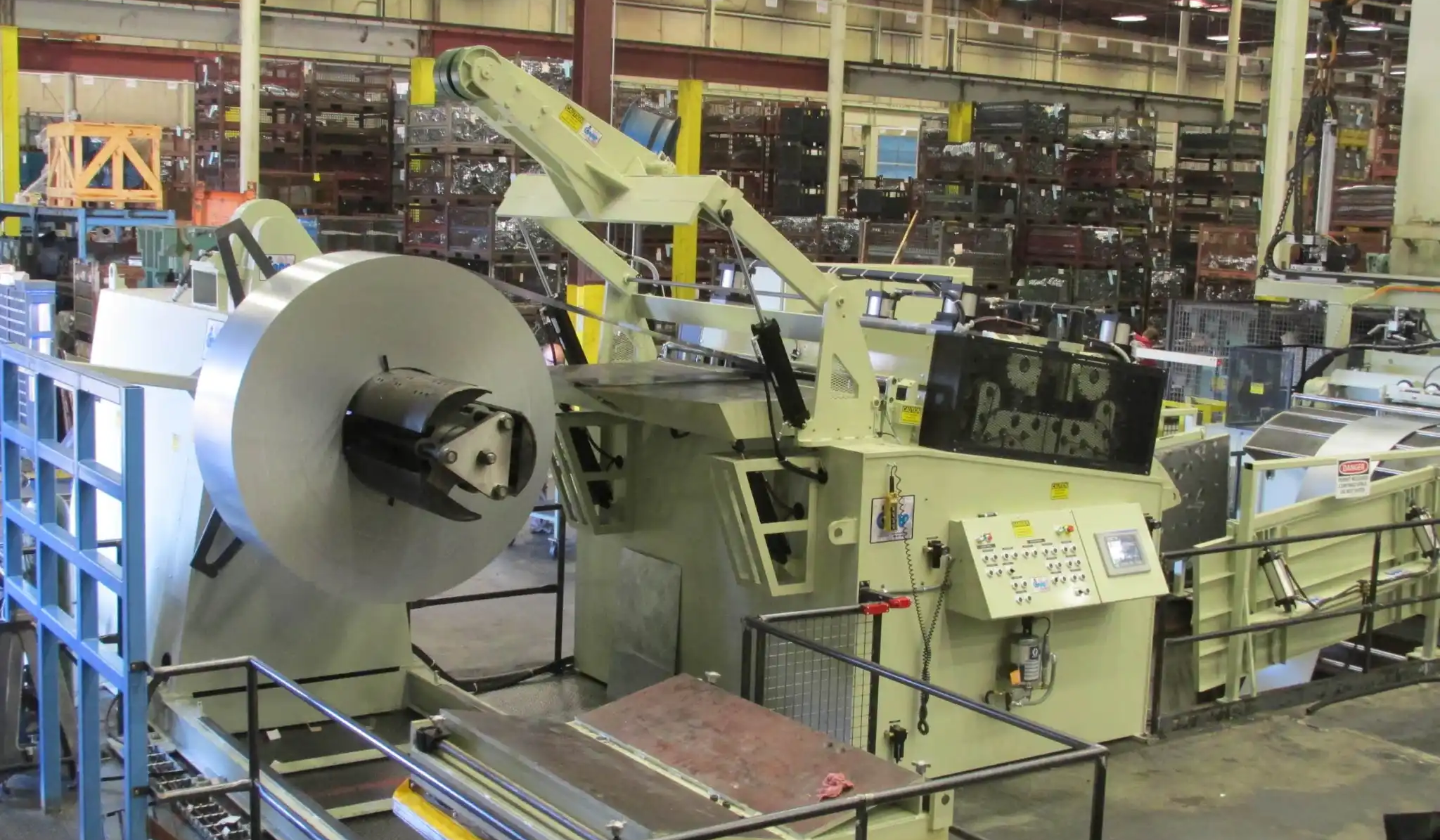 A coil reel can become an integral part of your roll forming and slitting line, but how do you know which type of coil reel machine is right for you? In this post, we'll discuss the two major types of coil reels and the differences between them.

The two types of coil reels available today are driven and non-driven. The benefits and drawbacks for each type is based on the application.
In terms of width, anything over a half inch wide up to 84 inches in width, you also have the capability of paying off the top or the bottom. This means your material comes over the top or comes from underneath. Outside diameters typically in the 60 to 72 range, 72 inch range are standard. ID range is also critical information for us as suppliers to have, so we can size it properly to the material.
There are several differences in paying off a motorized versus a non-payoff or a non-motorized unit. If you have an application where there is no straightener in between or nothing that’s pulling off the material, that reel would have to be motorized in order to get your material from point A to point B.
In an unmotorized version, you would have some form of powered pinch rolls, a straightener, a roll former, and something in front of it that is actually going to pull the weight of that material off. The material weight could be as low as 100 pounds all the way up to 60,000 pounds.

Choosing an Uncoiler for Specific Materials

Another determining factor would be the types of coatings on those rolls. If the material is surface critical, you’re not going to damage scratch or mar that material. Many applications will tend to utilize a driven uncoiler because they don’t want to have a straightener pulling that material off because you could scratch the material.
Nowadays, the choice between driven and non-driven uncoilers is largely case by case. It could be 18-gauge HSLA material, which is going to be a more difficult material to handle than it would be for a standard cold-rolled or a mild steel material. Anything that’s been coiled is going to have coil set in it. A straightener is advantageous in removing that coil set.
If it’s a soft material with no coil set in it, you could put a straightener or a powered straightener inline to pay off and not stress or stretch that material from one piece of equipment to another.
The yield of the material is as much a dictating factor as the gauge is in determining whether or not a powered or a non-powered reel is going to provide the best utility. Scratching is not so much an issue nowadays because materials can be utilized in the straightener to not induce marking. Ideally, you want a continuous operation on the straightener where you’re not starting and stopping or potentially introducing witness marks into that material.
Tags: Roll Forming, Uncoiler, Coil Processing
Back to Blog

A new era of drive train design has arrived—one that is cost effective and offers the most...
Read More

Driving the Future of Drive Gear Train Design and Operation

For many years, tube and pipe mills have utilized “group” drive gear trains.  This was the most...
Read More

The Need for Braking in Non-Driven Coil Reels

In roll forming, when a shop is using a non-driven coil reel, there is usually still a drag device...
Read More

Have questions about our machinery and equipment? Looking for a solution to address a particular application? Looking to improve the overall productivity and profitability of your operation? Please don't hesitate to reach out or schedule a no obligation, 1-on-1 consultation with a Formtek Technical Specialist — we'd love to help.